Who is Sri Sathya Sai Baba?

“I am God. And you too are God. The only difference between you and Me is that while I am aware of it, you are completely unaware.” This is the answer Bhagawan Sri Sathya Sai Baba gives to people who query Him about His identity and divinity. This fundamental truth of man’s divine nature is at the heart of His message and mission. Indeed, in His discourses to devotees, He addresses them as “Embodiments of the Divine Atma”. All who experience His pure and selfless love, and benefit from His illuminating counsel, and witness His miraculous nature get a glimpse of the glory and majesty of God, and therefore of what one potentially and inherently is.

Sri Sathya Sai Baba was born as Sathyanarayana Raju on November 23, 1926 in the village of Puttaparthi, in the state of Andhra Pradesh in South India. Even as a child, His spiritual inclination and contemplative nature set Him apart from other children of His age, and He was known as ‘Guru’ and “Brahmajnani’ (knower of Brahman or Godhead) among His peers and others in the village. However, it was not until October 20, 1940, the day He made the historic declaration of His Avatarhood, (Avatar – Divinity Incarnate) that the world at large learnt of this divine phenomenon. Today, millions of devotees from all over the world, professing various faiths, and hailing from various walks of life worship Him as an ‘Avatar’, and an incarnation of the Sai Baba of Shirdi. Thousands gather every day at Prasanthi Nilayam, His ashram established beside the village of Puttaparthi, for His Darshan, when He moves among devotees blessing them and providing spiritual succour and solace.

Revealing the purpose of His Advent, Sai Baba has said that He has come to re-establish the rhythm of righteousness in the world and repair the ancient highway to God, which over the years has systematically deteriorated. In His own words, “This Sai has come in order to achieve the supreme task of uniting the entire mankind as one family through the bond of brotherhood, of affirming and illuminating the Atmic Reality (Atma – The Self) of each being, to reveal the Divine which is the basis on which the entire cosmos rests, and of instructing all to recognise the common Divine Heritage that binds man to man, so that man can rid himself of the animal and rise up to the Divine, which is the goal.”

Bhagawan Sri Sathya Sai Baba is an integral manifestation who combines two very significant roles. Firstly, He is a great spiritual Master, famed for His simple and sweet exposition of the greatest and most intricate of spiritual truths which form the fundamental teachings of all the religions of the world. Elucidating on His mission, Bhagawan declares “I have come not to disturb or destroy any faith, but to confirm each in his own faith, so that the Christian becomes a better Christian, the Muslim a better Muslim and the Hindu a better Hindu.” His formula for man to lead a meaningful life is the five-fold path of Sathya (Truth), Dharma (Righteousness), Shanthi (Peace), Prema (Love) and Ahimsa (Non-Violence). Love for God, fear of sin and morality in society – these are His prescriptions for our ailing world.

Secondly, He is an inexhaustible reservoir of pure love. His numerous service projects, be it free hospitals, free schools and colleges, free drinking water supply or free housing projects, all stand testimony to His selfless love and compassion for the needy and less privileged. True to His declaration – “My Life is My Message”, He has inspired and continues to inspire millions of His devotees worldwide by His personal example to live the ideal that service to man is service to God. The Sri Sathya Sai Organization today has a presence in over 167 countries in the world and members undertake group service activities that benefit their immediate community.

Bhagawan Sri Sathya Sai Baba is thus a beacon of hope in a world that is desperately seeking an end to the unrest and sorrow prevalent today. His message of “Brotherhood of Man and the Fatherhood of God” is a spiritual salve that will lead mankind from the darkness of ignorance to the light of immortality. Indeed, very rarely does such a divine power walk the earth. As one devotee said, “Bhagawan Baba is nothing but Love walking on two feet”. Mankind must use this golden opportunity to follow in His footsteps. That is the way to its redemption and its salvation.

Bhagawan's Guidance for a Healthy Life 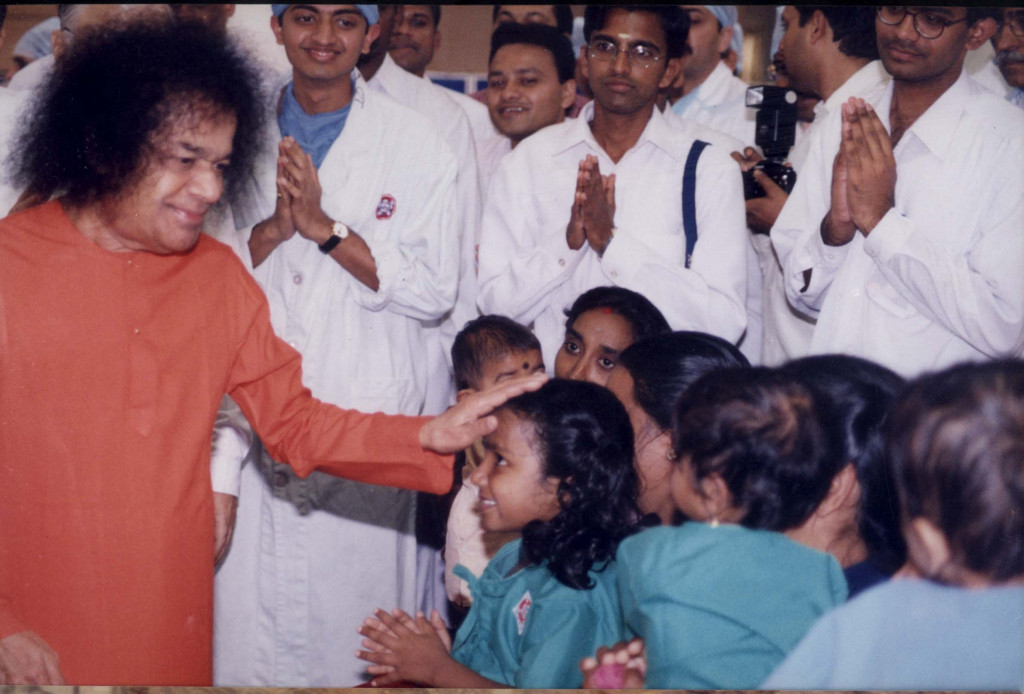 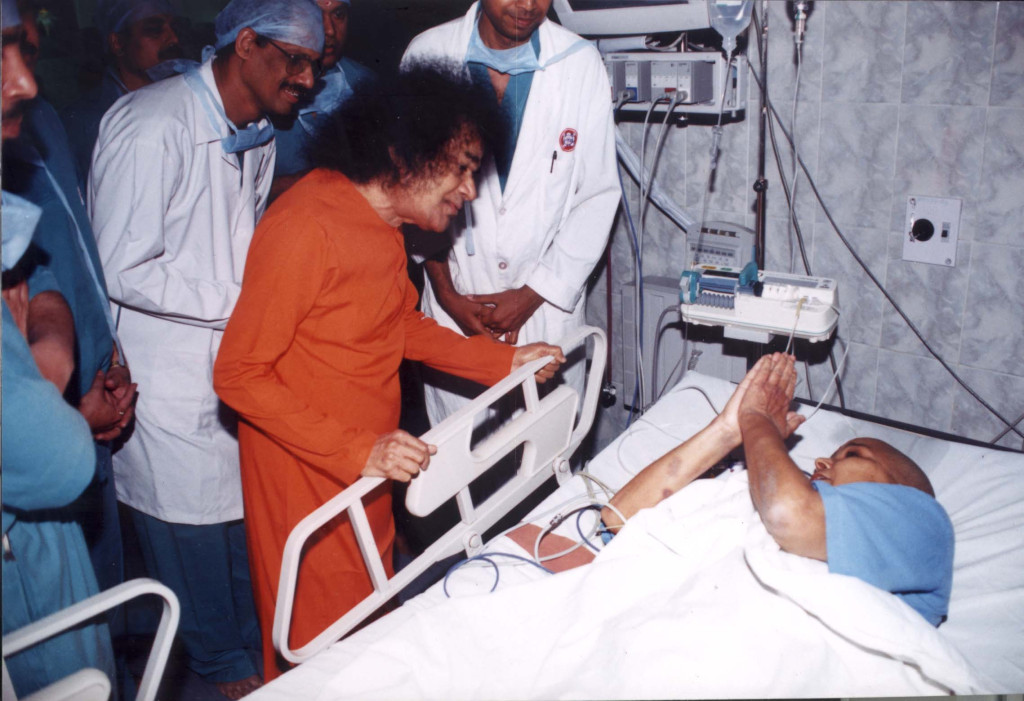 The above link gives details and important milestones of Sri Sathya Sai Avatar.

Bhagawan in His infinite Love has written several books such as Prema Vahini, Sandeha Nivarini, Upanishad vahini which are compilations of Swami’s articles to Sanathana Sarathi for several years.

Swami sings poems at the beginning of discourses which contain the very essence of His teachings. You can read and listen to some of them.

Compilation of quotes culled out from Baba’s discourses

Compilation of Bhajans sung by Bhagawan.

Compilation of Songs composed by Bhagawan